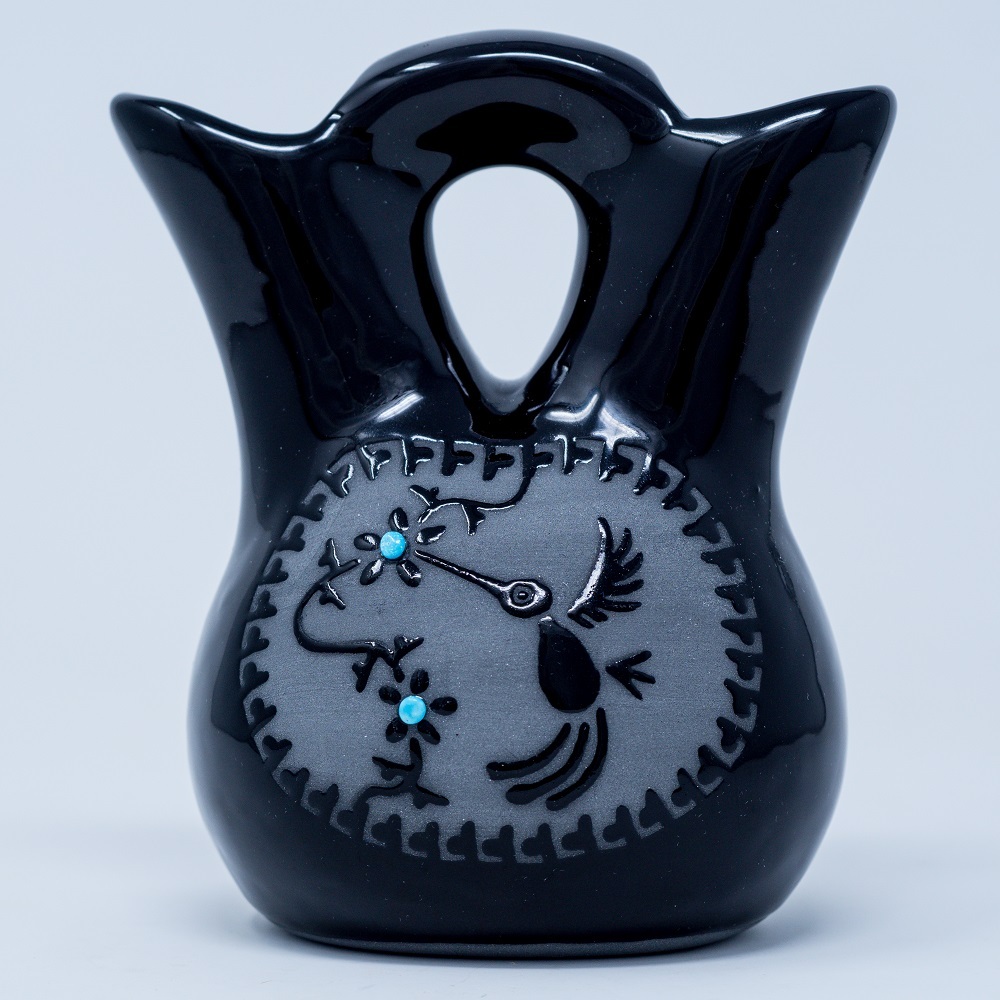 The oldest known piece from the Navajo was utilitarian, it was excavated

made Navajo pottery, causing the production to slow greatly. This was a time

where it was typically only used for ceremonies.

The Navajo usually included little to no design on their wares. Their pieces were

usually waterproof and glossy, achieved by a technique called