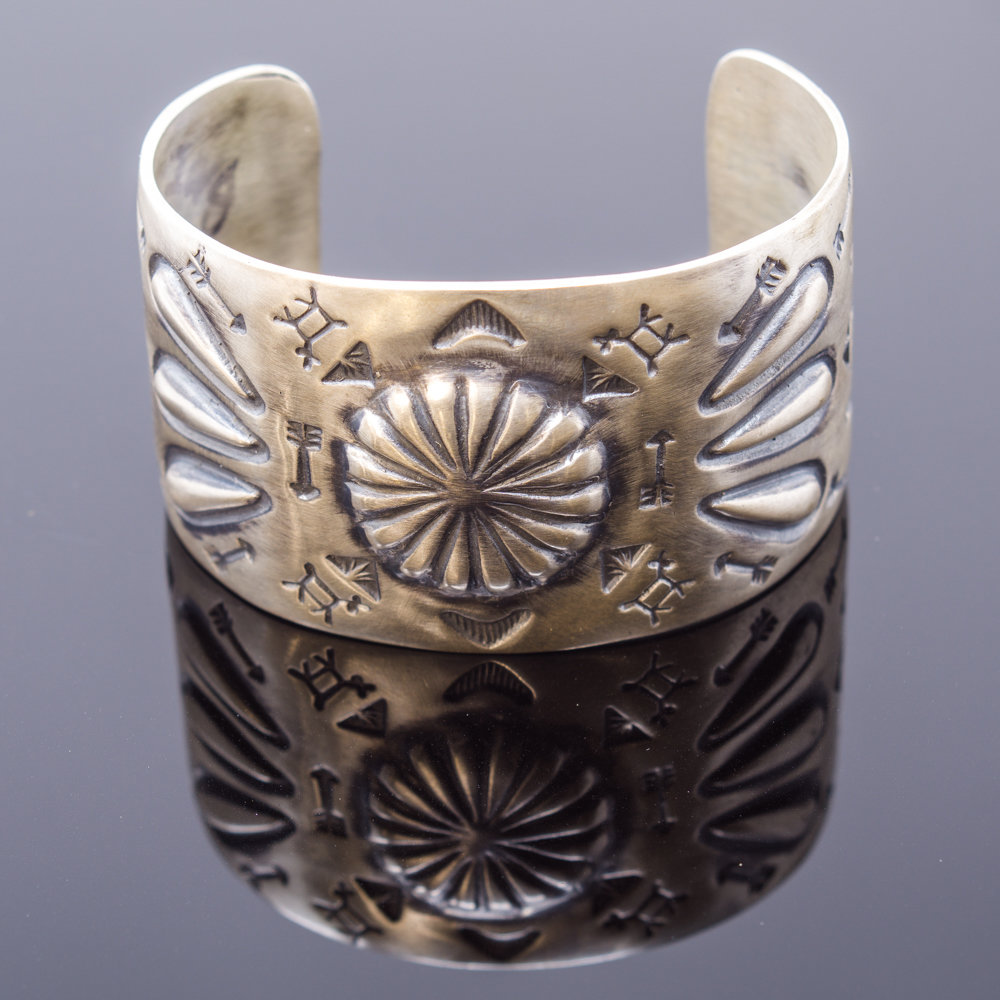 When one refers to "Fred Harvey era" jewelry, one is generally speaking of lightweight and mass-produced jewelry that was made for sale to the Anglo tourists along the Santa Fe railroad lines, in shops run by the Fred Harvey Company.

Near the end of the 19th century and through to 1930, the tourist trade in the Southwest saw considerable growth. Native-made jewelry was one of the more popular commodities that the Anglo tourist purchased and brought back home, as it was a wearable token of their travels and of their experiences in the Southwest. Once Native jewelers and traders realized the Anglo preference, they began catering to the Anglo tourist's tastes by producing a full line of lightweight jewelry, much of it mass-produced with the help of specialized machinery and commercial sheet silver.

‘Fred Harvey’ style jewelry is very popular, as it was created with generous amounts of silver and beautiful details. This cuff bracelet is of a stamped sterling silver petroglyph design.