ACOMA POTTERY WITH FEATHERS BY JOE 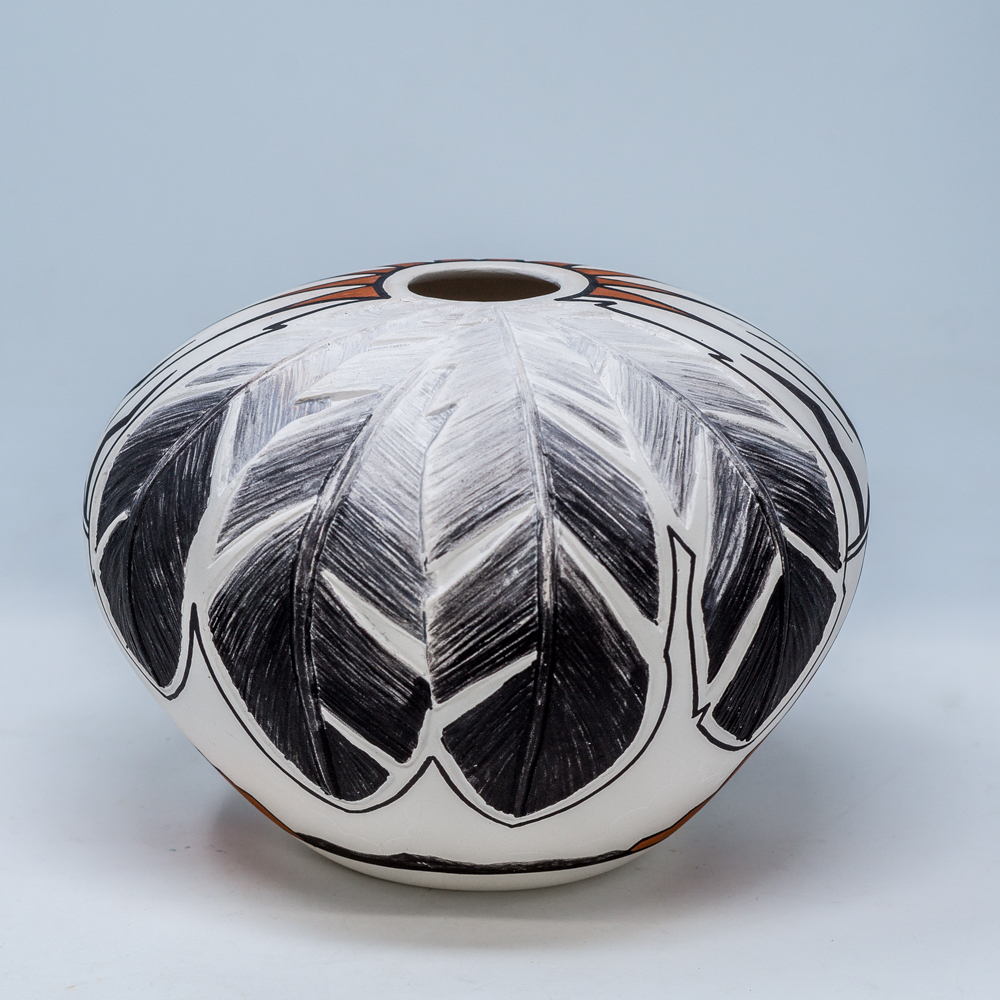 ACOMA POTTERY WITH FEATHERS BY JOE

Traditional Acoma pottery is made with slate-like clay, found in hills surrounding

the pueblo. When fired, this clay allows potters to create very thin walls, a

While the hand coiled pottery is more sought after, as its more collectable, many

fine Acoma artists prefer to use molded, or greenware pots as their canvas.

The pottery was originally functional, they were used for storage, cooking, eating,

and on long hunts, men used them as jugs to store water. Others were used to

store seeds that would be planted later that year. 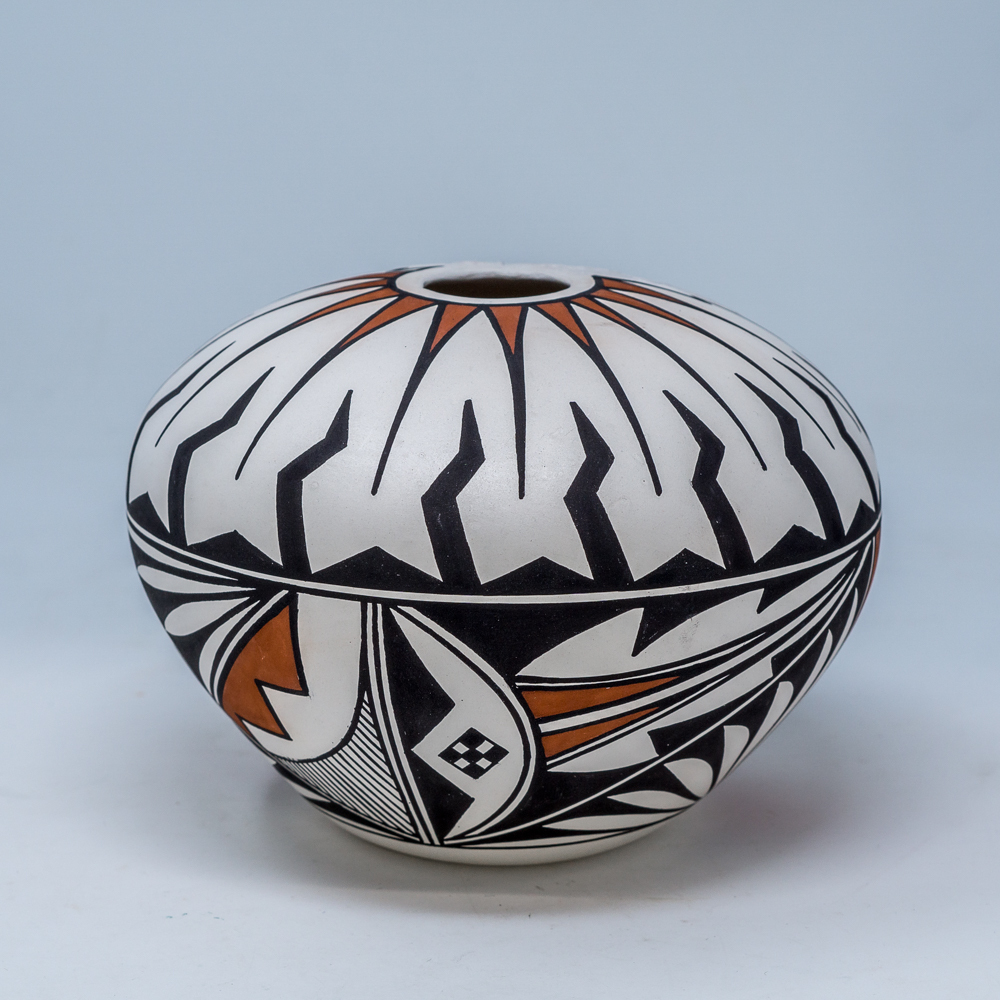 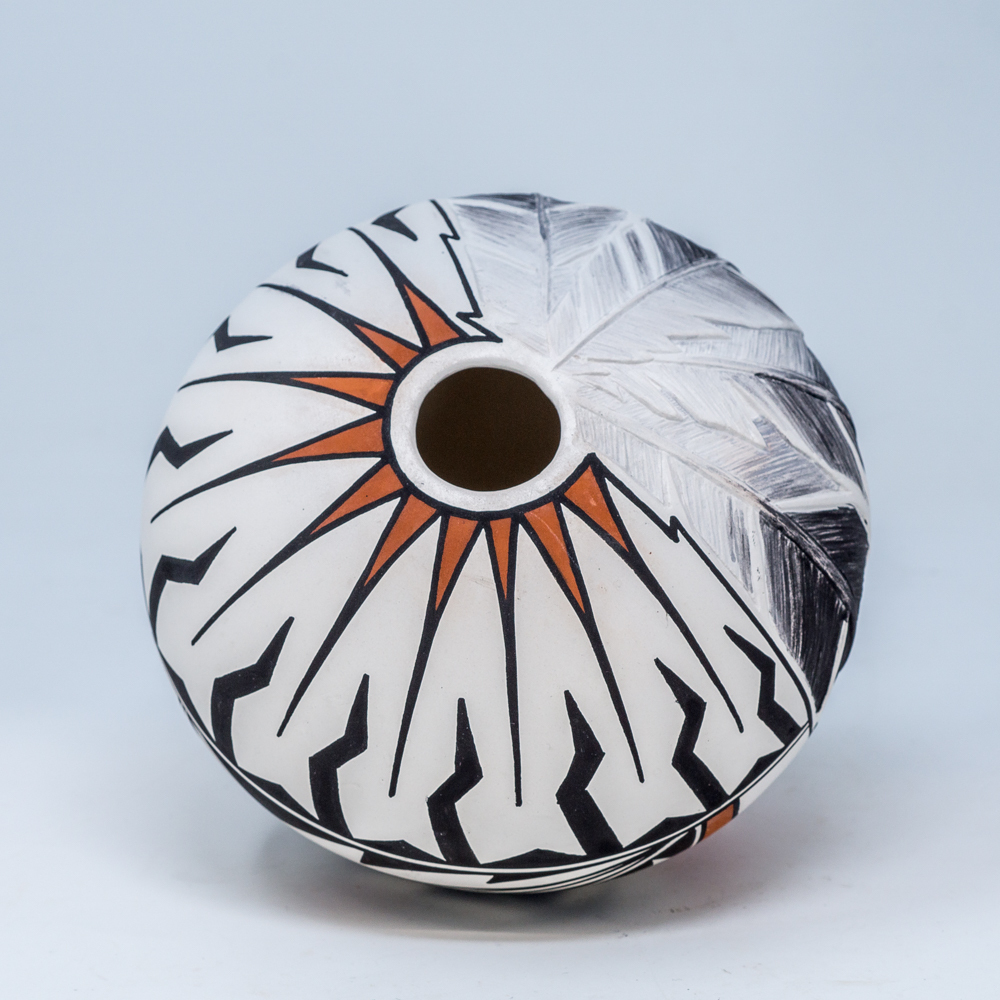